Naughty Dog’s most amazing art, the demonstration of how incredible of a medium games are, is compiled into one crazy set that feels as if the package was handcrafted by Dark Horse.

I searched for this awesome book for several months after learning about its existence. I had given up on trying to find one that didn’t consist of a crazy ebay listing, and due to the fact they’re limited print, I just went and purchased the regular edition. However, while at NYCC 2014, a friend of mine had requested we stop by Dark Horse’s booth to look for something of interest for him. They didn’t have what he was looking for, but just out of the corner of my eye as we walked away, I noticed a really cool looking Final Fantasy art book. I immediately jumped to it, and hidden just to the left of it, was this epic box. I cried out loud like a little girl, I kid you not. Everyone looked at me, and the Dark Horse rep laughed as I lifted the last copy off the shelf.

I am extremely happy with The Art of Naughty Dog. 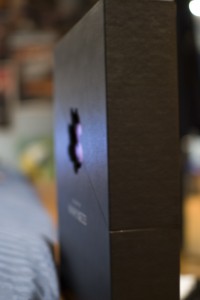 Game companies spend years making some of the biggest block busters. In those gruesome years for employees, hundreds of art pieces get thrown around. Revised. Undone. Flipped. Tossed. Canceled. I can say first hand that there is a really crazy amount of art that gets done. And occasionally, you’ll see a studio celebrate with an artbook or some kind of preorder exclusive. I’m always ontop of buying just for those, I’m a sucker for good art for games I love and hold dear. But, sadly, very few studios truly celebrate the art of the games they make. At least publicly. Its the same issue I have with studios only sharing their development experiences once at year at GDC in such a limited fashion. It is a travesty!

But Naughty Dog really goes out of their way to show off their games even years after release. Whether it’s how they programmed them to demand the hell out of the hardware, or the amazing concept art that lead the final product, it just feels like Naughty Dog knows how to really honor the work they’ve done. And the best part is, these books make me want to go back and replay their games again – years after completion. I yearn to smash more boxes in Crash Bandicoot suddenly, just as much as ride the incredible Uncharted 2 train scene for the upteenth time I’ve admired it. The main book of the limited edition book is presumably the same as the regular art book I believe. But it has a fantastic hard cover binding and really top notch paper quality for the art. I found this print to be much better than the Uncharted 2 limited edition art book. The limited edition, I don’t believe the regular book has these, also comes with 2 foldouts. One features the release poster art for each of their Naughty Dog’s block buster games from Crash Bandicoot onwards. The other is two really awesome fan art pieces for The Last of Us. Really great touch. 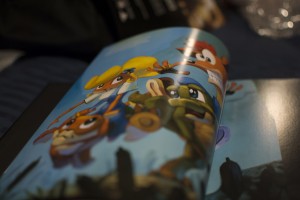 The main book starts off with a fantastic foreword that basically sums up what I said about how they really celebrate art. Thirty years of production is mind blowing, and I can already imagine the number of Dogs that came and went. Even before Naughty Dog was… Naughty Dog. Each should be able to raise this book in the age and be beyond proud to have had their hand involved somewhere in the timeline. The book doesn’t just celebrate artists!

And here comes the part of love. Besides going through every major game since Crash Bandicoot, the book has blurbs about various characters and concept pieces. But some are really indepth and talk about technical video game development stuff too! Drives me wild reading how Crash levels were rendered at 100s of MBs (huge at the time) and how Sony was worried about the rating of the PSX CD drive read cycles – Crash took up more reads than the entire lifetime rating of the system in one playthrough! LOVE IT. (That, and more technical stuff can be found here too.) 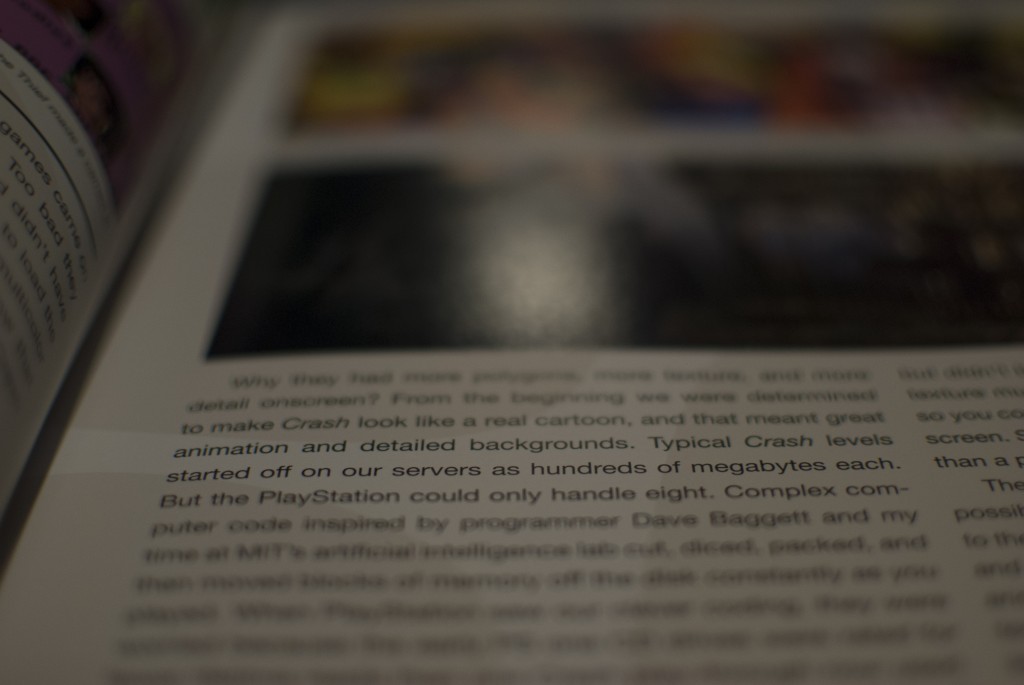 There are also blurbs about how they approached development of characters and environments keeping the limitations of the hardware in mind. How they beat limitations, pushed hardware,  How artists had to hand-color vertexes for lighting. How moving from Crash to Jak was such a dramatic change in development. How each sequel opened up new possibilities for gameplay that they had wanted to do before. Again, it’s all more than just pretty art here.

And of course the art itself is superb. Every time I read through it (I’ve went from start to finish three times now), I find plenty of new detail in pieces I missed before. The evolution of characters particularly is interesting for me. Changing character appearances to match tone of the story. Uncharted went from a very bright tropical game to very dark and expansive with each iteration, culminating in the fourth which looks to be the darkest game when it launches. Toward the end, the blurbs get smaller sadly. There was a lot more detail in the Uncharted 2 book in regards to Uncharted, naturally, but the first half of the book was detail heavy. 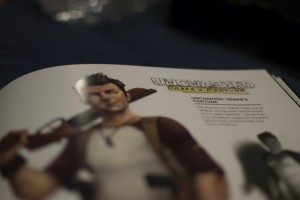 And I’m positive there is way more art they wanted to show than they possibly could fit in the book. There are 2 really surprising sections in the back – unreleased titles and fan art. The unreleased titles show off the infamous Jak 4 that never got released (who knows, maybe one day) and Uncharted 4. That alone might be worth your read. If not, the fan art reproduction is incredible. I really have to hand it to whomever came up with that idea. Its brilliant and it showcases how awesome Naughty Dog can be to their fans. And how other companies could clearly benefit from doing stuff like that more. It really shows. I just want to see more of this. And I can’t imagine it isn’t profitable for them either. It creates a legacy for this stuff too. If anyone has any doubts about video games being a creative medium, I’d previously throw the UC2 book at them. Now I’ll throw this…. and hopefully not kill them with its weight.

My only gripe besides the latter half not having enough blurbs is the limited edition packaging, while cool, is kind of awkward. The top pops off to reveal the inner books. If you grab and lift this from the top, you’re going to drop it. Also, the top being put back on scrapes the edges of the case. I can’t handle that without cringing! Its a really tight fit. 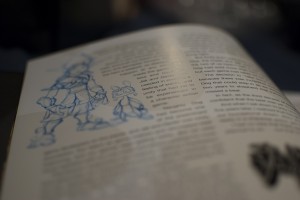 The value of the limited edition was really worth it, yet alone the regular art book at $25 hard cover or $19 kindle! (At the time of this writing) Forget wondering –  that’s a really good deal. If you’re looking for some great art to wonder at, look no further. If you’re looking for interesting game facts about the Naughty Dog games, even more so. It’s just a great compilation.

Thanks Naughty Dog for the really epic book, honoring your artists & devs, and especially the fans!